COVID-19 has hit charity fundraising very hard. That applies to us in Lions as well as many of the organisations we support.

But the needs of those organisations doesn’t go away and we’re pleased to have been able to work with Douglas Valley Lions Club, as well as drawing on funds from the UK Lions Multiple District (MD105) trust, to raise the money needed to fill the gap in Deaf Blind UK‘s own fundraising, and allow them to replace their old and unreliable 20 year old braille embosser.

Collaborations like these are fantastic, but in times when welfare expenditure exceeds our fundraising capabilities they become essential, and we’re proud to have been able to help Peterborough-based DBUK with this project. They are a reminder that even whilst isolated, we can still work together for the greater good.

Peterborough Lion President Kevin Rodgers, accompanied by Lion Andrew Wilcox, were pleased to attend a meeting of the 4th Peterborough Boys Brigade to present a cheque for the purchase of a pool table for use by the children who attend the Brookside Youth Club, where the Boys Brigade hold their meetings.

This is part of Lion Kevin’s President’s Project for 2019/20, supporting youth projects around Peterborough.

In the meantime, we’ve received a wonderful testimonial from one of its regular users, 2nd Nene Scouts, an extract from which follows:

END_OF_DOCUMENT_TOKEN_TO_BE_REPLACED

Our annual Showtime is three days of fantastic entertainment at the Parkway Sports and Social Club, provided free of charge by Peterborough Lions to senior citizens and other sheltered housing residents.

Thankfully the talents at Westwood Musical Society provide the entertainment and we are mostly relegated to the kitchen to make the tea!

The first of these is now installed and outside the main entrance to the Town Hall (on the wall outside the Light Box cafe and bar). This will make it accessible to a popular and busy area of the town centre at all hours.

The second is in the porch at Kingfisher Court, Stanground, where it will be available should it be needed for Kingfisher Court residents or anyone else in the local area.

The purpose of these public access defibrillators is to provide access to equipment. Should they be needed, following a 999 call for an ambulance the access code for the cabinet can be issued and guidance on their Additionally, at local businesses in town and at Kingfisher Court will be provided with training (again funded as part of Lion Richard’s project). This training is extended to members of the public with a specific need (such as a relative or neighbour at high risk of cardiac arrest). The available places are limited, please contact Lion Richard for further information.

From Peterborough to Nicaragua…

Last year, Peterborough Lions were pleased to support the Raleigh International and International Citizen Service (ICS) in enabling young people from the UK to travel to Nicaragua, Nepal and Tanzania, to work with other young people locally on projects aimed at helping young entrepreneurs to set up small businesses within their communities, bringing benefits to themselves and those around them.

Volunteer Team Leader, Tom Hudson, travelled out to Wascasoni in northern Nicaragua in May, along with another team leader and 11 volunteers to work with over 50 local young entrepreneurs from 4 nearby communities, with the aim of creating sustainable businesses.

Having returned to the UK, Tom came to our January business meeting to give us a presentation showing their achievements. Over 500 community members were reached through their activities, 11 businesses were set up with seed funding (all of which are still going).

More information about this fantastic project can be found on their website.

Lions Clubs involve themselves in Community Services which can take all forms of help and support, and Peterborough Lions have been involved in a great example of this.

‘Little Dresses for Africa’ is a project to make dresses from pillowcases and other simple patterns. For many children living in Africa in impoverished areas, wearing smart clothes can reduce the risk of them being abused or abducted by making them look as if they “belong” to someone.

Working to a simple basic pattern and using old pillowcases and other suitable fabrics the “HiJack Quilters” (also known as the Sewing Club of Eye and Market Deeping) have made a number of beautiful little dresses. The Club has been formed for 2 years and is made up of 26 Members; accomplished and not so accomplished sewers who meet weekly to sew together.

The dresses were presented to District Governor Nigel Folkard at our November business meeting.

Copies of the patterns can be made available if anyone is interested as this is an on-going project, so please do get in touch! 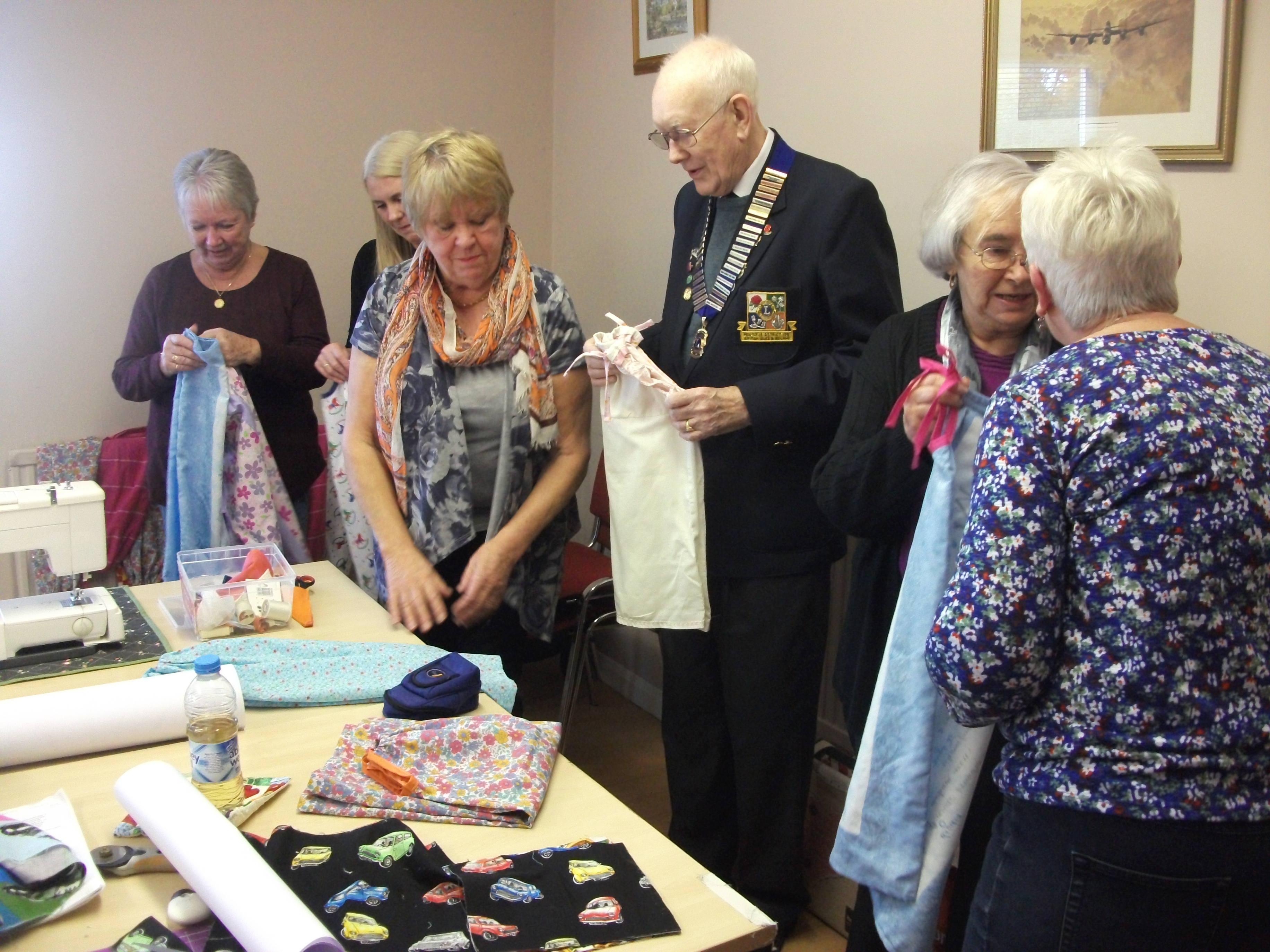 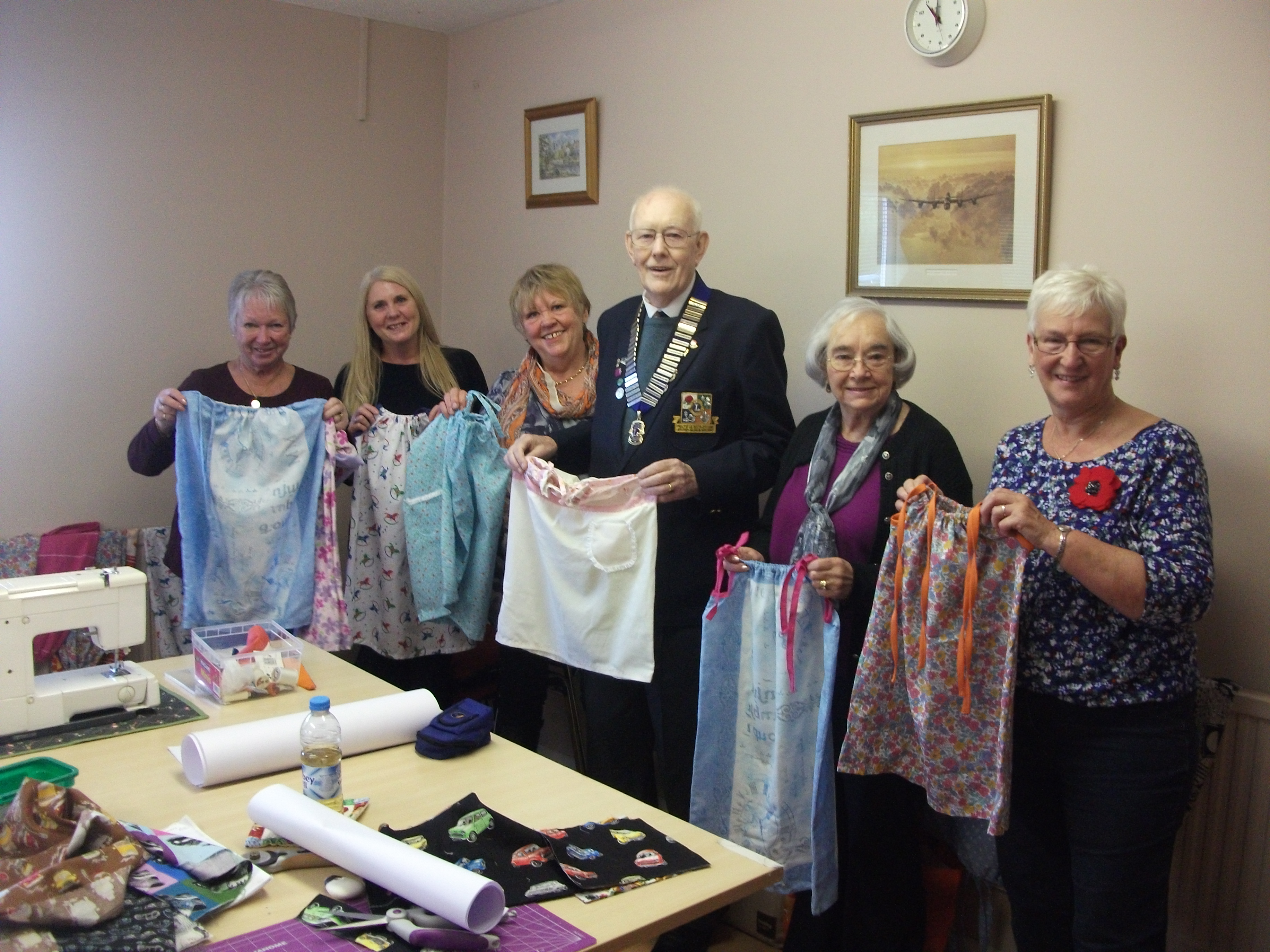 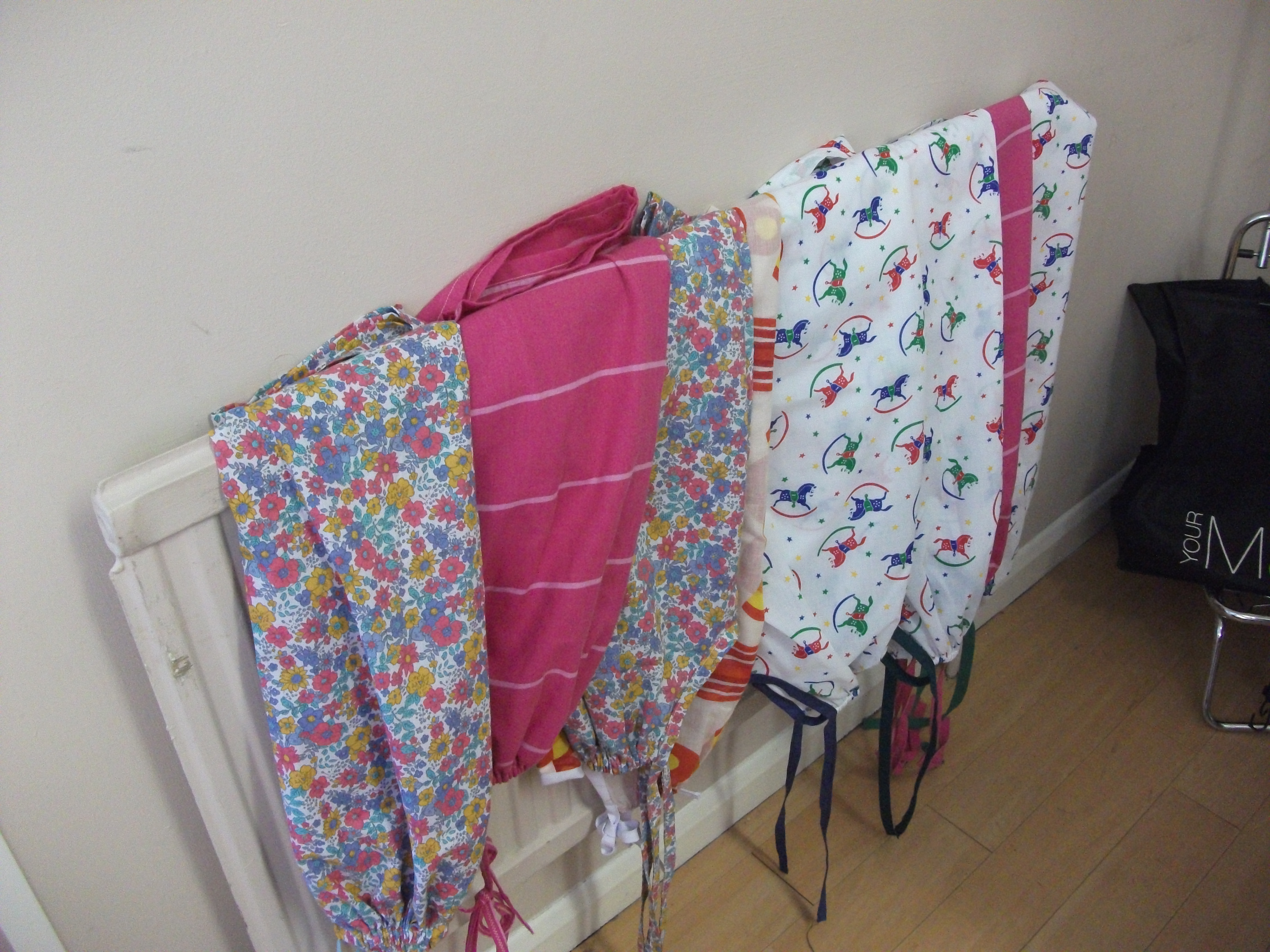 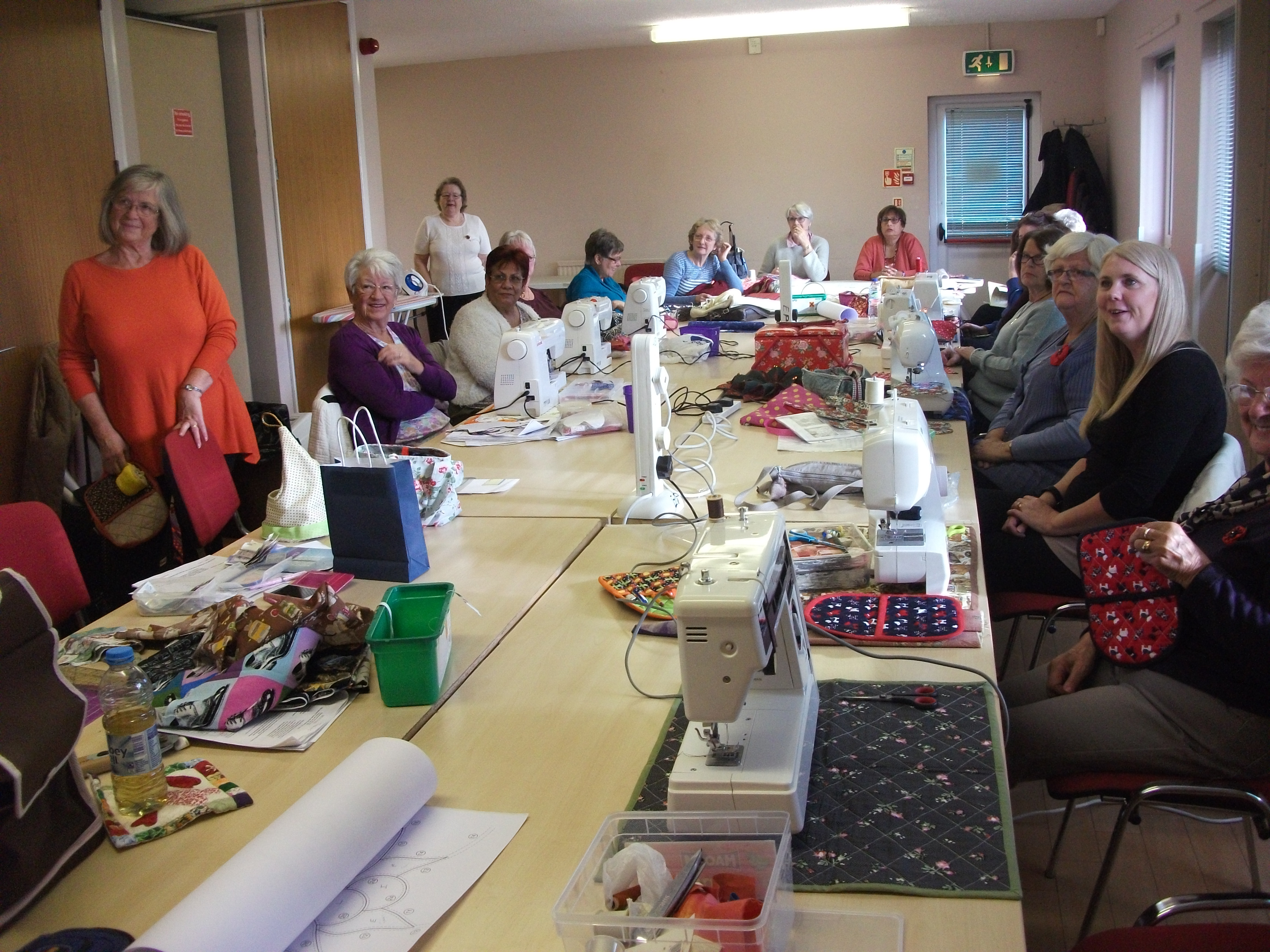 Peterborough Lions are proud to be supporting the National Blood Service “Missing Type” campaign, highlighting the shortage of blood across all three types: A, B and O.

Until the end of August, our homepage logo will have gaps where A, B and O belong. Can you help fill those gaps?

Visit www.blood.co.uk for more information today, and to book an appointment to give blood.

At the November meeting Peterborough Lions welcomed new members Julie Burge & Peter Fowell, who were sponsored by Lions Anita and Richard Willis, themselves relatively new to the club. It is fantastic to see a growth in numbers and we look forward to putting the new recruits to good use serving the Peterborough Community!

In keeping with the theme of supporting the community, Lion President Bill Peacock was also incredibly proud to award Lion Robert Mapletoft with a certificate to mark his one hundredth blood donation – a fantastic achievement and hugely important to blood (and blood product) recipients.

Peterborough Lion Bob Gascoyne travelled over from Spain (a little to the south west of Beccles!) to make a rare appearance at a meeting to give an emotional update on the really valuable work taking place at A.F.E.M.C.E.

Peterborough Association for the Blind

PAB are a fantastic, local charity who have been providing invaluable practical and emotional support to the blind and partially sighted in and around Peterborough for 100 years.

Peterborough Lions were delighted to welcome PAB to speak to us at our February business meeting. The range of services and support provided by PAB is extensive and would fill a website on their own, so it’s a good job they have one! www.mypab.org.uk

As a service organisation committed to supporting local charities we are proud to support PAB and look forward to continued involvement over the next 100 years.

« Previous posts Back to top