Lions’ CAROL FLOAT is out and about!

The Peterborough Lions Club CAROL FLOAT, with Santa and his elves, is out and about! You may have seen it at SAINSBURYS at Bretton on the 8th and 9th of December.

Our sincerest thanks go out to the above businesses for allowing us to collect funds which are used for mainly local good causes. ALL monies collected from the public, net only of actual direct costs, go into charitable causes. We raise our administration costs by holding social fund raisers within the club and through annual subscriptions.

If you are at either of the above venues on the dates mentioned please say hello and, if you are able, pop some coins in Santa’s tin. Every little helps us to carry on our good causes.

You very kindly made generous donations to our happy collectors at each of our Christmas Carol Float venues.

This money will go to help lots of varying causes throughout Peterborough and enable us to continue our support for groups and individuals alike.

Our main cause this year is Peterborough Association for The Blind.

We would also like to thank the people who came to help us from other worthy groups and charities.

The money raised is also a fitting tribute to John Clarkson who sadly died before Christmas and who had worked so hard on getting the Carol Float ready for another year.

It is with great sadness that we report the death shortly before Christmas of Peterborough Lion John Clarkson. He leaves a wife (a fellow Lion), two daughters and three sons.

Lion John was a very active member of the club, and heavily involved in some of our most important fundraising events – including the Christmas Carol Float, making his death in the days leading up to the last weekend before Christmas all the more poignant.

The funeral will be held at 2:30pm on Wednesday 7th January at the Church of St. John The Baptist in Werrington. Family flowers only.

Santa and his helpers will be out at various supermarkets during the build up to Christmas.

Members of Peterborough Lions will be busy helping out and would all love to see you.

Here are the dates and venues:

We would like to wish you all a very Happy Christmas and a Happy New Year.  Thank you for all your support during 2014.

Thank you to everyone who came to see us there! 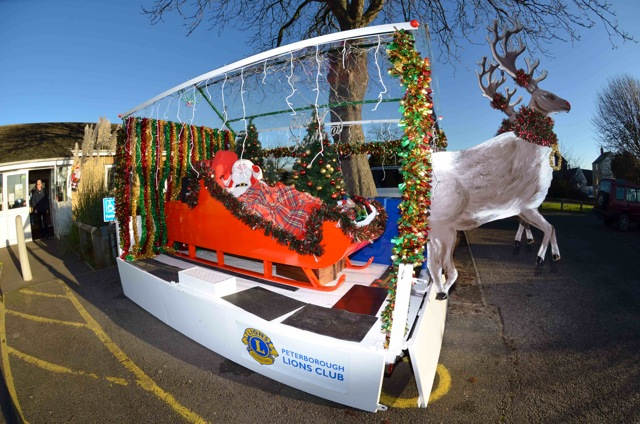 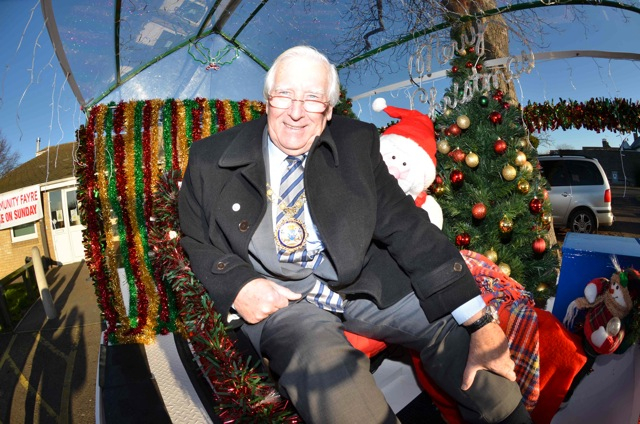 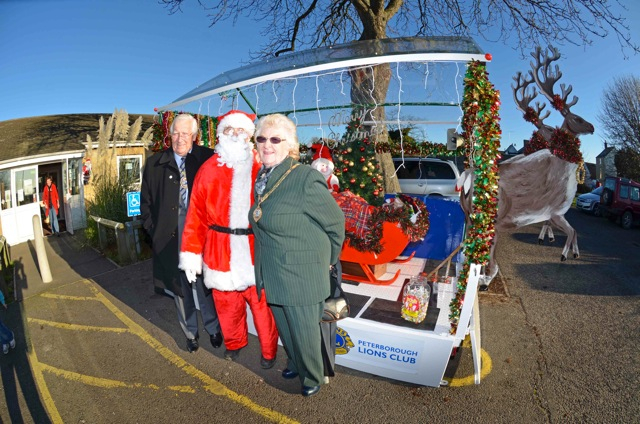 All the Peterborough Lions would like to thank the people of Peterborough and surrounding areas for your support over the past year, and for your donations, whether you saw us with Santa and his Carol Float in the past weeks, or bought a quiz leaflet, or any of the other ways we’ve been supported in 2011.

Rest assured all the money raised will be put to good uses (if it hasn’t already!), and be just as assured our fundraising efforts will be back in the New Year to provide resources for welfare and projects in 2012.

We hope you have a great Christmas! See you soon!

Carol float to add Dobbies to its route (weather permitting…)

All being well, Peterborough Lions carol float will be making an extra stop at Dobbies garden centre in Hampton, on the evening of Thursday 15th December – although the weather forecast is making it less than certain! If you can brave the weather, come and see us!

We’d like to thank Dobbies and all the other Peterborough stores who have allowed us to take up some valuable space outside their stores at this busy time of year.

The dates for selling the Peterborough Lions Quiz Leaflets and for the Carol Float have been provisionally agreed and added to the calendar.

Weekend Quiz leaflet sales outside the city’s supermarkets have been agreed for the following weekends:

Dates for the Carol Float are:

More details on both the quiz and carol float to follow…..

We shall be playing our famous and popular carol float for charity donations at four public venues, in addition to free entertainments at various homes and sheltered accommodation in the city (still to be confirmed as at 8.8.10)